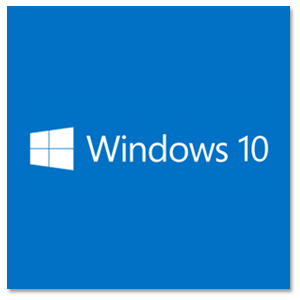 Windows 10 can come up in pen

Now it’s clear that with the launch of Windows 10, Microsoft is planning to make a clean and clear break from the past, as its clear at hat it’s going to be the first and foremost edition of Windows, which Microsoft is planning to give away to individual home users. And if we believe on the rumors than its going to be the first operating system of Microsoft or edition of Windows, which will be sold in pen drive instead of the traditional method of selling where they were used to sale it in DVDs.
Why Windows 10 moving into Pen drive:
Windows 10 is moving into the pen drives and it is something bit different decision of Microsoft which was pending for quite long. The main reason behind choosing the pen drives are that it’s faster, easy to carry and work as the better storage device to provide overall a less hassled experience in comparison of DVDs. Now DVDs are seems to be outdated as Apple is not putting the DVD drives in its MacBooks and apart from that other high ended laptops and hybrids devices, including Microsoft’ own surface are coming up without a DVD drive.
Price of Windows 10:
According to one of the listing website of Canada, the Windows 10 can have the name as Microsoft Win Home 10 32-Bit/64-Bit English 1 License USB Flash Drive KW9-00016″ and it is expected that it will cost around Canadian $124 or Rs. 6,000.
Launch date of Windows 10:
According to reports, Windows 10 will be launched on July 29. And soon it will be available for free to all users who are using the genuine version of Windows 8, Windows 8.1or Windows 7 on their computers. Apart from that the good news is that people who are suing the pirated copies of Windows will also get the free Windows 10, but this installation will not turn their pirated version Windows into the genuine copy of Windows.
Why Windows 10 is important for Microsoft?
Microsoft is taking the Windows 10 as the major release, as company is hoping that this operating system to exorcise the ghosts of Windows 8. However; we all know that Windows 8 Microsoft was focused on the touch-screen devices, which was proved as the back fired strategy and failed very badly. Now with Windows 10, again Microsoft is planning to gain the trust of laptop and desktop users. Hence it is expected that this time again Windows 10 will bringing back features such as; the Start Menu and classic desktop-mode by default.
Microsoft is adding some additional features in Windows 10 such as; virtual assistant Cortana, replacement of Internet Explorer with Edge web browser and the feature of multiple desktops.