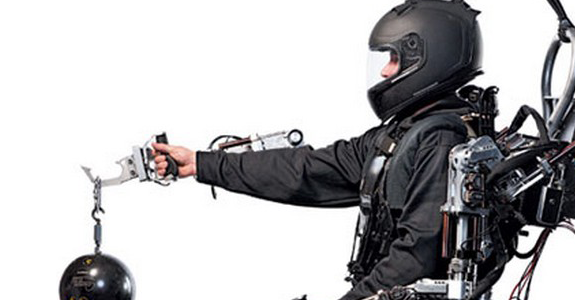 Virtual reality is much effective than visuals, but most of us are seeing little more than 3D imagery and head-tracking in head-mounted display. For real immersion, VR is going to need to take advantage of all the other senses as well. Smell and touch are just as important as sound and sight, but for these there are much harder problems to solve. Dexta Robotics Company is developing a peripheral or gadgets to simulate the sensation of touch for virtual world. And now they are on the way to provide consumer-friendly virtual reality solutions for better experience.

Oculus Rift has shown much interest in past few years or two that everyone from tiny engineering projects for giant corporations are investigating VR. Oculus Rift is paired with an unidirectional treadmill to create an extremely immersive experience, but the sense of touch is something, which will bring them on next level. Till now everything was focused on the motion-tracking and display, but now this mechanical exoskeleton dubbed the “Dexmo F2” which is designed to give you the experience of touch in virtual world.

This prototype doesn’t have feature to convey the object in question, as it stands the brakes are either off or on. There is no middle ground, it’s disappointing but remember this is extremely early in the life of virtual touch. To keep the cost low, this is early model as it doesn’t have ability to simulate touch the other fingers. The prototype will be available through a Kickstarter campaign by the last of October 2014, in the range of $200. So before placing the order for Dexmo F2 keep this in mind.

In Question and Answer on Reddit, representative of Dextawent in the detail, that how this oddball mechanical skeleton will work. In this model, the pointer finger and thumb will be fit in tiny disc braking system and it will feel the sensation of touch, while other three figures will feel nothing. When you will try to pick-up the virtual object, your finger and thumb will meet the resistance like you are picking up an object in the real world.

The implementation is limited in scope, bulky, and extremely unattractive but don’t allow it to make the fool of yourself. If you want to feel the virtual reality than you need to go through the pains. May be your parents will never strap their figure in this weird mechanical spider, but this research will be the milestone in the world of true Matrix-style immersion.