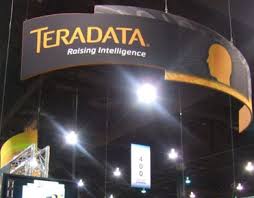 Loom is a metadata management system, which is developed by Revelytix and it is compatible with a number of Hadoop distributions in which few are Hortonworks, IBM, Cloudera, Pivotal, Apache and MapR.

Loom is geared for more quickly analysis, when data scientists prepare information in Hadoop. And Hadapt is famous for its software that integrates the specific SQL programming language with Hadoop. SQL is a simple and common skill set for database administrators, who may not be familiar with Hadoop

In market there are number of other SQL on Hadoop implementations, such as; Pivotal’s HAWQ and Cloudera’s Impala. Recently, Oracle, the rival of Teradata announced Big Data SQL, which can run a single SQL query against Oracle’s relational database as well as various other NoSQL information stores like; Hadoop.

Organizationally, the people and intellectual property of Revelytix and Hadapt will become part of  Teradata Labs, according to official statement released on Tuesday, but still the terms of deal is undisclosed.

Teradata added in official statement, that acquisition of Revelytix and Hadapt underscores Teradata’s commitment towards the innovation and customer value, with the enhancement of Teradata Unified Data Architecture and extension of big data portfolio.