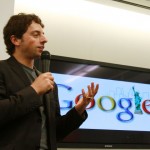 According to the reports of a Google engineer, the scope of web application will vast and it might be able to even go beyond applications in terms of usability and functionality. This all can be achieved if the developers are given more programming languages.
During a recent conference of programmers in NY, one of the Google engineers, Gilad said, one should be provided with more feasible programming languages. He also stated that the web platform can completely transform the exiting web applications in comparison to the native applications.
Pros and Cons- Developers are able to rely on the web applications as they don’t need installation and allow the user to access it on any platform which can support web. The drawback being it relies on network connectivity. So using the web application offline will be a critical issue atleast for the users who don’t have the option of constant connectivity.
Reliability on the web is completely individualistic as one might have network connectivity but have slow connection or might be getting charged to use it. Most of the time and areas the web connection is always available. Due to this any web programming language should have an associated system, which will enable it to store the data and program file for offline usage.
Depending on this, the programmers in the future should be able to use newer form of web languages which will help in building and testing of the application. The development of new web application will become a lot easier with the introduction of more web programming language.
Currently the main web language that is being used in abundance is JavaScript which also lacks in one of the areas being unable to support the offline applications. Based on ECMAScript standard, JavaScript might be lacking in this area for a long time and it might a while or even years for any development in this language.
Apart from JavaScript, there are many other languages available, however none of them seems too feasible, they lack in certain areas and features, lack in area of development and in terms of operation of the application, says Gilad. He also stated that Dart was never meant for replacing JavaScript. He stated that there are other applications that have promise in the future, one of the examples being Elm. It was functional programming languages meant for developing graphical user interface, through which a user can even draw circle on browser by using only the mouse. Gilad was able to demonstrate Swing and Lively. He was showing the difference and different functionality between these web languages.
On one hand, in Elm the user can place a code in the editor and preview the results, lively editor also can be manipulated. The developers can manipulate and develop different controls. This new approach will come in the aid of the user wherein they don’t need to scan through hundreds and thousands of files like one in Eclipse (Standard IDE). The modification of a particular section of the file can be a lot easier with this approach.