As per the statement of James Clapper, who is US Spy Chief China is the leading suspect in the massive hack of the US government agency, which holds personal and professional records of millions of American citizens. After the news of data breach, he is the highest ranking US official, who is publicly implicating Beijing,
Read More 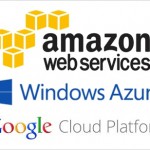