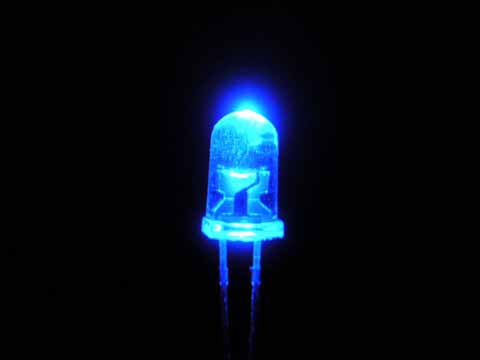 All three scientists will split an award of about $1.1 million, and it’s a lot more than $200, which Nichia paid to Shuji Nakamur for his invention, but in 2005, he won less than $8 million in a lawsuit arguing that he deserved a bigger share of money as the royalties of invention.

Nobel prize often go to fundamental discoveries like; the Higgs Boson, but when committee makes an award for an invention, than it’s emphasize the usefulness of the invention, and blue LED is very useful. According to Per Delsing, professor of physics at the Chalmers University of Technology in Sweden stated that a quarter of energy consumption goes to illumination and for result any consequent saving of energy and increase in efficiency is really going to have a big impact on civilization.

This time physics nobel prize awarded for the concepts, which is very far from day-to-day human experiences, but it play an important role. The blue LED is something that you can buy at the local electrical store. According to H. Frederick Dylla, CEO of American Institute of Physics, it is the combination of materials science; it required a combination of materials science and physics. As per the Dylla, it was very expensive technology, which requires atomic-layer epitaxy, in which layers are put down atomic layer by atomic layer at high vacuum and it is more complicated than any incandescent lights.

The white light of sun can be reproduced artificially with the help of three colors of light; green, red and blue and blending technology. LEDs are efficient at converting the electrical energy into visible light, but LEDs prove it much harder proved much harder to engineer than red and green lights. It took many years after red LEDs were invented in the year of 1960, before fabrication techniques and semiconductor materials grew sophisticated enough to enable Blue Light-Emitting-Diode in the mid of 1990s.

White LEDs work either by packaging trios of blue, red and green LEDs or by using just blue LEDs, whose light also excites phosphors and emit red and green light. Now white LEDs are spreading rapidly in all over the world, led by lighting applications. White LEDs can be used widely in traffic lights, vehicle headlights, streetlights, and as costs come down office and home lights. There are also some major forces in electronics, which provides the lights for phones, tablets, laptops and TVs. Fluorescent bulbs are very efficient and as it’s a big step forward, but LEDs are nearly 20 times as efficient as incandescent bulbs. LEDs saddled with the risky mercury-related health risks, which comes by fluorescent bulbs.

Dylla, is happy because this time nobel prize is awarded to something comprehensible to the public, but it doesn’t mean that all scientific inquiry should be directed only toward products, who have only commercial or practical benefit.